Vladislav Doronin is no ordinary Russian businessman. Even if the 53-year-old’s fortune has been built largely on real estate, it’s not of the cookie-cutter variety—although his portfolio certainly is gilded; his client base is Russian, after all. For more than two decades, Doronin has pushed successfully to bring international architects to Russia. Now, with his new Oko Group, he’s taking his real estate prowess to America. Doronin is also the owner of Aman, a chain of resorts known for impeccable service and detail-oriented design. Here, we speak with the business magnate about his various projects and generally overstated pursuits.

How did you break into the real estate game in Russia?
I bought a factory. In Moscow, the red directors had decided to build manufacturing in the middle of the city. So when Perestroika started, I told them, “Let’s move the factories.” My company was leading the effort to move all of them out of the city. We had an agreement with the government. It was a lot of work; you’re dealing with pollution and the environment and people and jobs, and taking it all to the countryside outside of Moscow. IBM asked me to build office space for them, so I bought the factory and built an office. This was in 1993. It went very well, and I decided to continue to invest money in real estate. In the beginning, I only did offices and retail, and after a few years, I started to do residential. I managed to bring to Russia all these foreign architecture firms, like SOM. In 2000, when I started to build skyscrapers, I told the city, “Listen, I want to work with American architects, because they have the experience.” I had to really lobby for it. I remember they would tell me, “Why bring in foreign architects? When Russian architects go elsewhere, nobody gives them jobs.” I told them, “If you’re a great architect, it doesn’t matter—you’ll get the job.”

What’s the story behind your sprawling Capital City development in Moscow?
The project was started in 2003. Capital City is two towers: One’s called Moscow, the other St. Petersburg. It’s one million square feet of retail space, offices, and apartments.

Sort of like the Time Warner Center in New York?
Yeah. But my project has 2,500 parking spaces, which is the difference, because in Time Warner doesn’t have so much parking. Per Russian regulations for luxury developments, you have to build per apartment one and a half to two parking spaces. I had to go six floors deep to build these parking spaces—can you believe it?

You have a home in Capital City, correct?
Yes, I own a penthouse there. The Italian architect Massimo Iosa Ghini designed it. I put in a 25-meter pool on one floor. It was challenging to do. 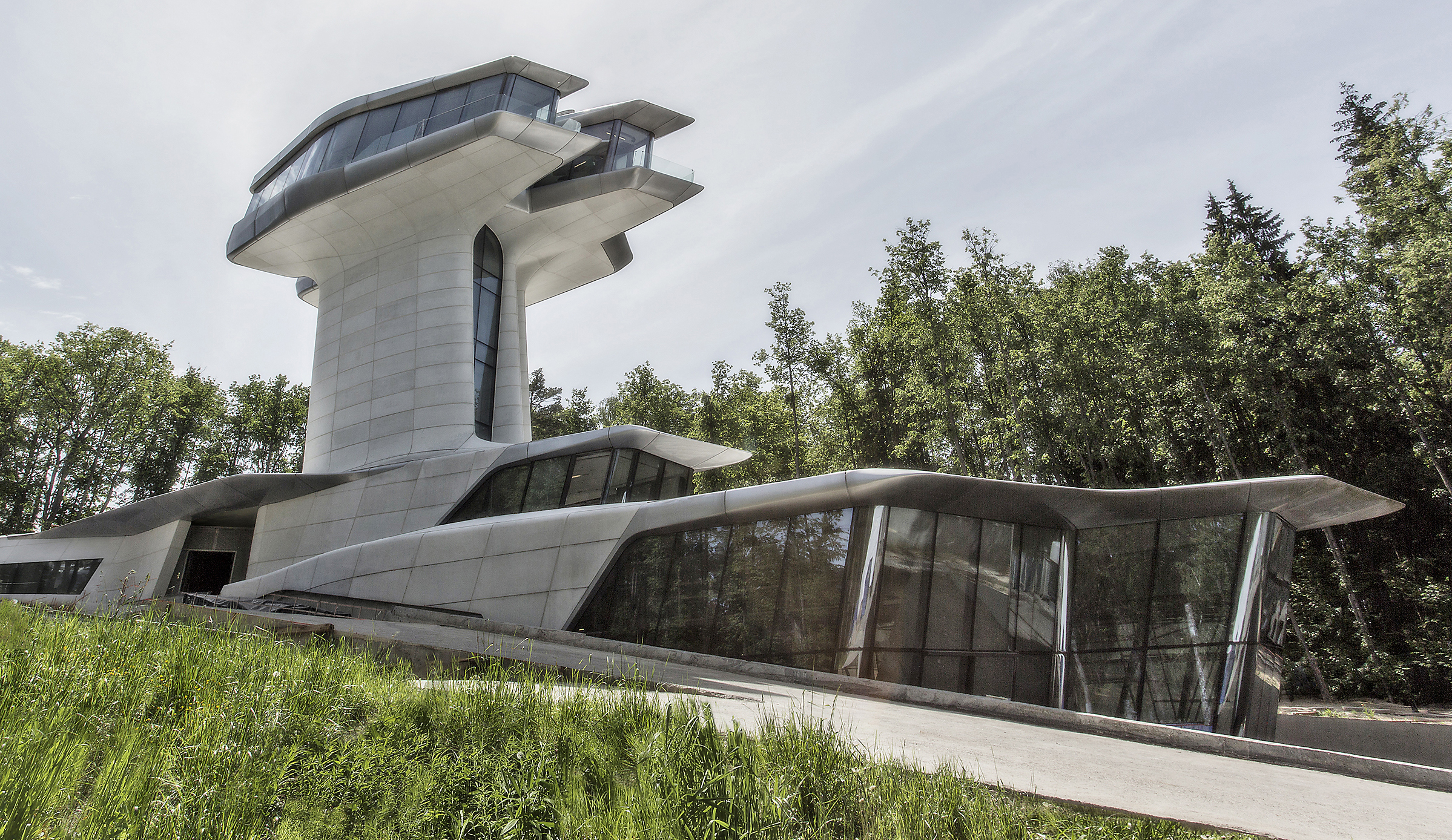 You tried to build a development designed by Zaha Hadid in Moscow, but it was denied by the city. After that, you hired her to design a private home for you outside of the city. How did that all go down?
Yeah, I had some difficulty [with the Moscow development]. I introduced Zaha to the mayor at the time, Yury Luzhkov, and the deputy mayor. They liked her. But because the development was close to what they call a “park zone,” I couldn’t lobby to get a permit. Instead, I managed to develop my personal house—the only private residence designed by Zaha. It’s probably the best private residence project in the world.

How did you meet Zaha?
I met her here in London. We had lunch together. I explained the kind of land I’d bought. It’s one of the best locations in the Russian countryside. I told her, “When I wake up, I don’t want to see any neighbors. I want to see blue sky and the trees. I want to feel free.” She asked, “How high are the trees?” I told her around 30 meters. So she took a napkin and drew. I told her I liked it, and we started to develop my house from there.

When was the house completed?
Three years ago. It’s about 40,000 square feet. And right now we’re finalizing the interior. The quality is even better than in the renderings. When you wake up, you’re on top of the trees. It’s like a mushroom, a spaceship. It has a seven-story skylift.

Interestingly, because of how the space is spread out, the home doesn’t look like a mansion. Because it’s high above the trees, this one woman driving by on the road had a car accident. Not a big accident, but an accident. It’s on the only road in the area, and you don’t drive fast on it. But mine is the only house there above the trees. She was probably thinking the aliens were arriving when she saw it and shot off the road. The chief architect of this area called me and said, “We had an accident because of your house!” To me, this house is a sculpture, and it’s only me who could build this.

When will the interiors of your house be finished?
I’m building a big spa—and not just a spa. There will be rain showers, a Japanese garden inside. We’re close. 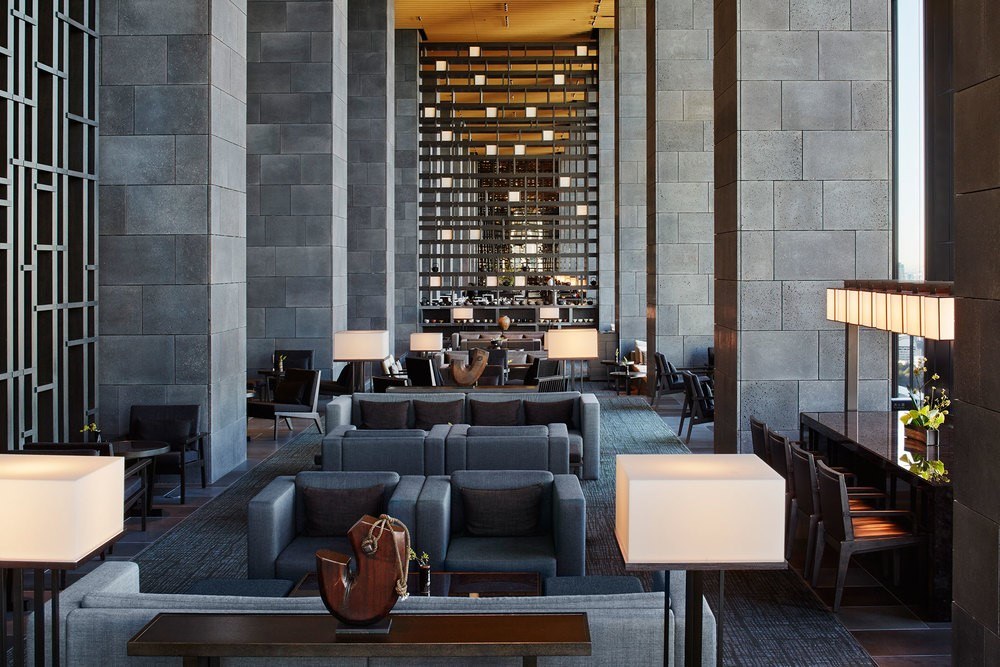 Let’s talk about Aman Hotels. How and why did you decide to purchase the brand?

I lived in Asia in 1990, and the first time I went to Amanpuri, which had just opened, I was shocked by the quality of its service and design. After that, I became an “Amanjunkie.” When they would open a new location, I was often one of the first clients to go. By accident, they made an offer to me to buy it.

By accident?
They said they were creating a pool to invest in and asked me if I wanted to. To me, it was the best luxury brand. I saw its potential. We just opened the first city Aman in Tokyo. Next we’re looking at New York, London, Paris, Hong Kong, Shanghai, maybe São Paulo. The other thing I want to do is create a store selling Aman furniture. Many clients arrive to the hotel and ask to buy the furniture. I want to help them do so, and even to help with interior design.

Tell me about the Oko Group. What’s the name mean?
I hired an agency to come up with a name— a very short name. Finally, they gave us all kinds of names, and none of them stuck. Later, we came up with Oko. In old Russian, oko means eye. It’s like a vision. I liked the name. It’s also international.

Why does Oko seem to be focused on the Miami market?
I like America not only because the economy is doing relatively well, but because it’s a very secure country. In America, you feel safe. People want to live there and bring their children there. Miami’s a happening city. I’ve been going there for the past 15 years, and I’ve seen it changing, becoming a 24-hour city. So there are three projects in Miami—one of them, called Missoni Baia, we’ve started selling, and the other two are under development and getting permits— as well as in New York. I’m also looking at other cities, like San Francisco and L.A. 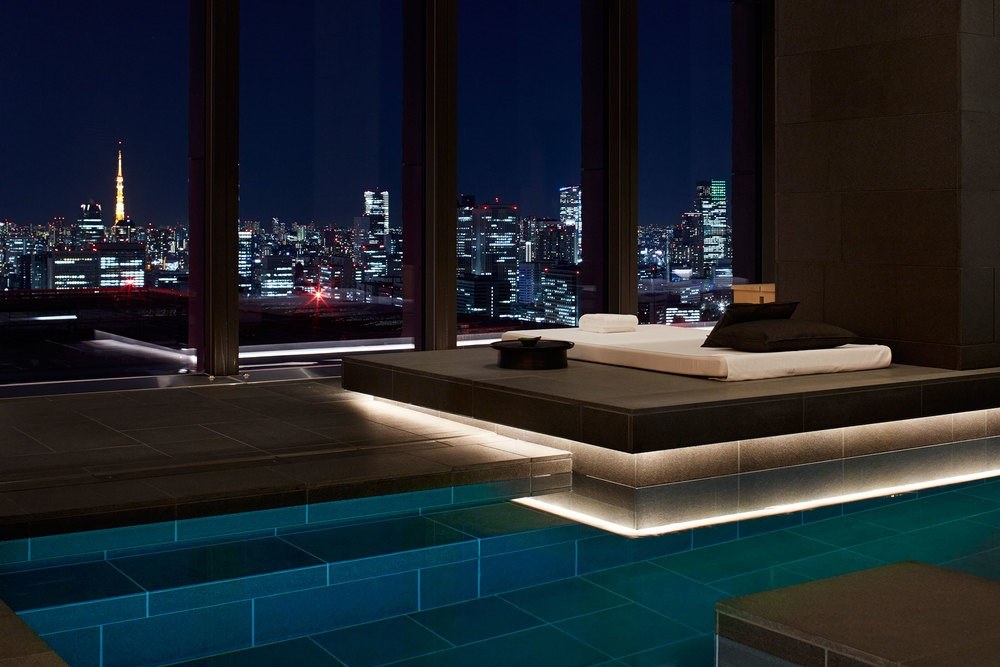 The developer Michael Shvo and you bought 20 floors in the Crown Building in Manhattan. What are your plans for it?
We’re going to do apartments there for very sophisticated clients. We’ll be doing great design, great details. I’ll be the first one to move in. [Laughs]

Why did you decide to work with Missoni in Miami?
Missoni, for me, is happy.

How did you convince the Missoni family to work with you?
My manager had told me everything was agreed on and that we just had to have lunch with Angela and the family and shake hands. But when I arrived, it was not as I’d been told. I basically had to start from the beginning. It was a long day of negotiations, but at the end of the day, we shook hands and sealed the deal. I’m old school. For me, a handshake is an agreement. If I agree in principle, I will follow through.

Are you intimidated that the Miami real estate market is slowing down?
It’s like the stock exchange. It’s always going up and down. In Miami, they’ve become used to selling everything in four to six months. They’re not used to working in a hard environment. The market is a little tighter right now. It’s good, it’s healthy. I don’t think it’s a big story. I’m used to fighting in Russia. For me, a challenge is good.